Here is some information on common questions we receive. Please note no two cases are exactly the same and information is general in nature. Your vet may provide information and treatments differing from this and more specific to your case.

Components of food with importance to human cancer incidence

To follow are notes from a presentation to specialists and general practitioners at the ACVSc annual conference, Gold Coast, 2004

In 1991, Lluis Mir et al reported that some cytotoxic drugs, particularly bleomycin were more toxic when the target cells were electropermeabilised. Bleomycin is unable to enter normal cells by diffusion; rather it gains entry by receptor-mediated endocytosis. Electropermeabilisation, as the name suggests, is able to render a cell permeable, such that bleomycin can enter more easily. The electrical pulses alter the transmembrane potential difference, allowing hydrophilic molecules to enter the cell by diffusion. Charged molecules may enter by electrophoresis during the pulse (100µs) but by convection for a period thereafter. Most studies utilise 8 square wave pulses of 1Hz frequency, 100µs, and 1000 to 1300V/cm. Both external plates and needle electrodes may be used.

The chemotherapy component (most commonly bleomycin or cisplatin) has been administered either as systemic drug therapy or as intralesional injection of drug. The electropermeabilisation is administered around the time of the intralesional treatment, or 8-28 minutes after intravenous injection of bleomycin. Electrochemotherapy holds promise as an alternative to surgical removal of a mass, or as an adjuvant therapy to treat a perisurgical region. In addition, it is becoming popular for the treatment of bleeding cutaneous metastases in people. Other than some pain at the time of the procedure, electrochemotherapy is generally free of adverse effects. As with any local medical treatment, responses are variable.

In one in vitro study, vascular endothelial cells were shown to be highly sensitive to electrochemotherapy suggesting that one of the effects of treatment might be reduced blood flow through the tumour. A second confirmed this effect, documenting maximum reduction at 2 hours and return to normality by 48 hours after treatment. Furthermore, the electrodes used to deliver the electropermeabilisation release ferrous ions in measurable concentration into the tissue and it is therefore possible that some of the clinical effect is due to iron supporting free radical damage.

There have been several studies using electrochemotherapy on people with a range of skin cancers including melanoma, basal cell carcinoma, salivary and breast cancer metastases. Response rates have generally been high using either bleomycin or cisplatin. In some studies, the procedure has been repeated several times at intervals of approximately 1 week.

Mir published a study in 1997 detailing a group of 12 cats with spontaneous high-grade recurrent soft tissue sarcomas. These cats were given approximately 10U/m2 bleomycin intravenously followed 20 minutes later by electropermeabilisation. The only adverse effects were local inflammation. Whilst only one partial remission was observed, the tumours remained stable for up to 7 months, resulting in significantly longer survival than the 11 control cats. Systemic side effects were not observed mirroring the experiences of an early study utilising bleomycin for SCC in cats.

Histopathologic assessment of tumours entering apparent stable disease has revealed replacement of neoplastic tissue by a fibrocytic response. This cicatricial effect will tend to result in responses being underestimated. The mechanism for a prolonged benefit resulting from electrochemotherapy has not been shown. Whilst the inflammation that promotes the cicatricial response may encourage an immune response against the tumour, it is possible that prolonged periods of stable disease following treatment are in effect partial or complete remission with gradual regrowth that were misclassified due to the absence of marked size reduction due to replacement of tumour by scar.

We have been using electrochemotherapy since February 2003 for patients with small solid tumours, for which surgical treatment was refused. Patients are sedated deeply, including routine use of systemic analgesia and regional blocks where appropriate. The electrochemotherapy procedure is then performed, and the patient discharged generally with a NSAID as pain control.

To date, 14 dogs and 2 cats have been treated, with a range of responses from complete remission to no apparent benefit, with most patients obtaining some size reduction and stable disease. Other than a variable degree of inflammation at the treatment site, there have been no adverse effects documented in our patients. Electrochemotherapy appears to be a promising alternative to the surgical treatment of solid tumours.

Patients are readily referred to Perth Veterinary Oncology by on-line form, email, or phoning 9204 0400. Owners of pets requiring referral should speak to their usual veterinarians to organise this.

This view to medicine has changed to a shared care model, an example of which is shown on this page (from Auret, K. Palliative care and cancer, Cancer Forum, The Cancer Council Australia, p3-5, vol31, 2007).

The World Health Organisation describes palliative care “as an approach that improves the quality of life of patients and their families facing the problem associated with life-threatening illness, through the prevention and relief of suffering by means of early identification and impeccable assessment and treatment of pain and other problems, physical, psychosocial and spiritual. Palliative care:

The following is an outline of a talk presented at AVA House to general practitioners on 4th April 2007:

Cryotherapy: why you should be using it more often?

What is cryosurgery?
Definitions:

Why you should use it more often?

One of the most common oncology enquiries relates to which tumours can be treated by chemotherapy. It is difficult to generalise as almost any cancer patient can benefit from referral. For many patients, chemotherapy will be appropriate, whilst for others immunostimulant treatments, disease-specific analgesia, anti-angiogenic therapy, nutritional advice or local therapies (cryotherapy, intralesional chemotherapy, electrochemotherapy) will serve the patient best. Although the name and grading of the tumour are important factors in making this decision, the patient and owner are obviously vital considerations. We therefore prefer that patients present for assessment rather than ‘for treatment’, as owners may become disappointed if treatment is different to, or less appropriate than a primary care veterinarian has suggested. Secondly, treatment options can change rapidly. For example, malignant histiocytosis and canine oral squamous cell carcinoma have been recently recognised as chemo-responsive in some cases, but this information does not yet appear in any oncology texts.

There are many ways to help dogs and cats with cancer. Paramount in every case is keeping quality of life good and this is usually easiest to achieve if the amount of cancer in the body is reduced. This can be done with surgery, radiation, and medical treatments. Proven medical therapies for pets with cancer are of 4 broad types. These treatments are specific to the cancer type and not every cancer can be treated effectively with medicine.

One approach uses medications given by drip, injection, or by mouth every 1-4 weeks, usually for 2-6 months.  Whilst the drugs differ depending on the cancer, they are only used if the effective dose can be given without side effects to the majority of patients. Those that do prove sensitive can often still be treated effectively with lower doses. These treatments are given in hospital but in most cases only require a half day to be administered safely.

Another category of treatment is termed metronomic therapy. This requires frequent (every 1-2 days) medication and is simply the use of tablets at home. Some of these treatments work directly on the cancer, but all work on the tissue the cancer grows in as well. By lifting the ability of the immune system to ‘see’ the tumour, and limiting the ability of the cancer to acquire new blood vessels, the growth of the tumours can in many cases be dramatically slowed.

When the focus is on a specific site in the body (i.e. a single tumour rather than widespread cancer), drugs can often be injected into the tumour effectively. These procedures carry no risk of sickness.

Finally, vaccines are being developed to harness the immune system to fight cancer. At present, there is only one vaccine available (for melanoma in dogs), but hopefully this method will allow more options in time.

Every patient and every cancer is unique, and the best option will vary in each case. Your veterinarian can refer you to Perth Veterinary Oncology if you would like more information concerning all options for your pet.

Answers to other common questions include: 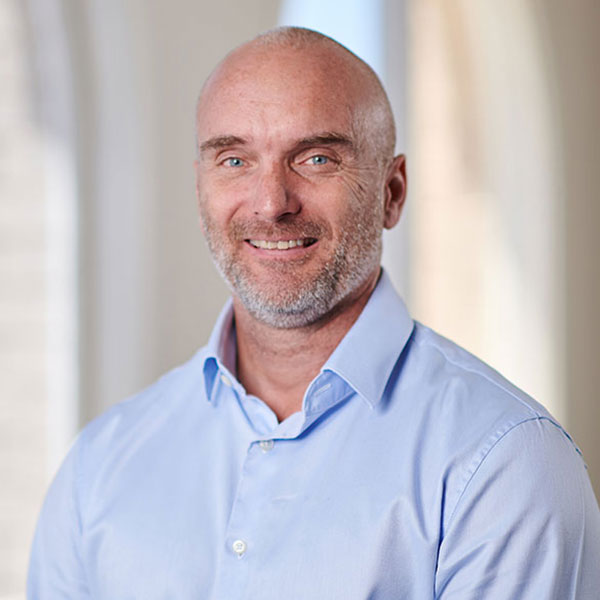 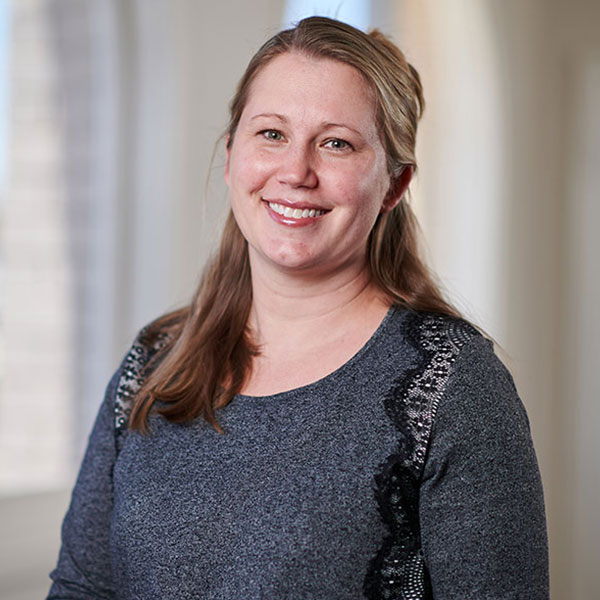 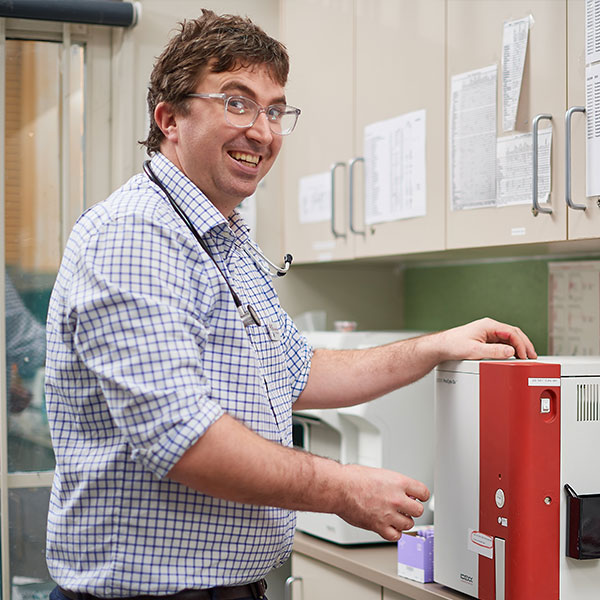 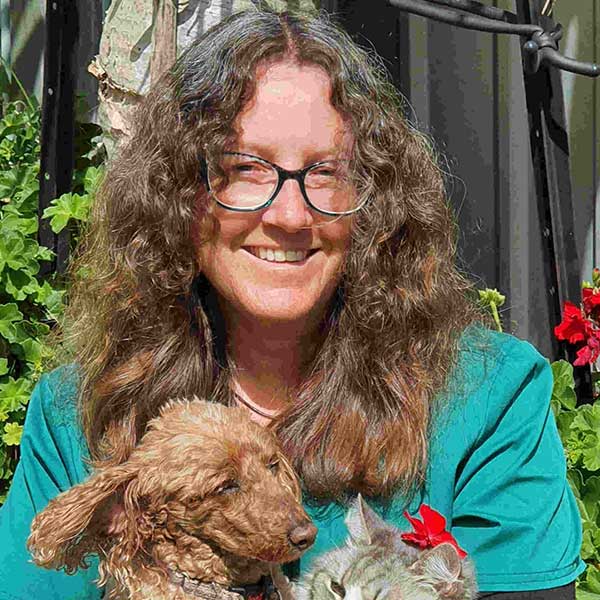 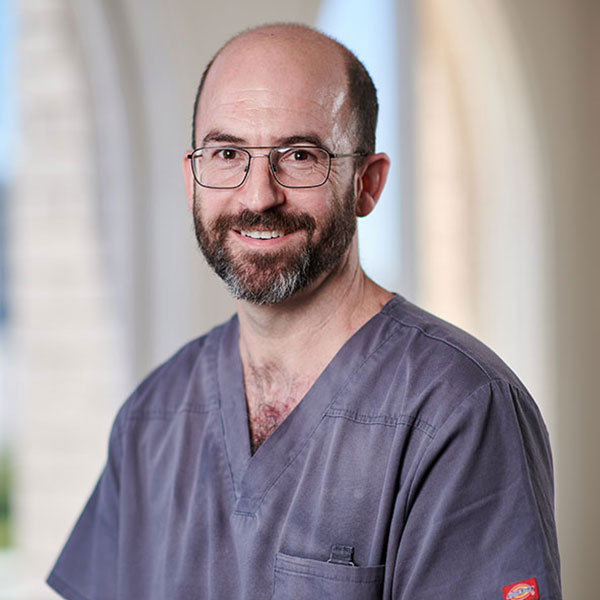